skip to main | skip to sidebar

Thanks for logging onto my blog. I hope you stick around but i kinda guess that will be up to me to write something worth sticking around for. I'm not starting a blog to really say anything. I just want to see how it goes. I guess I'll be writing about me quite a lot and about New York where i live. Maybe also some stuff about architecture which is my job and my passion. 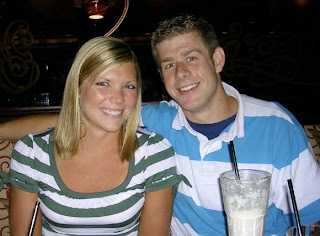 So me...i'm 28 and i live in Brooklyn with my fiancee Amber. We getting married in just a few weeks now...New Years Eve 2009. I'm excited but also nervous about the future. Never really saw myself as the marrying type at least certainly not before my 30's...but things kinda changed that. I used to be a bit of a loose cannon and did some really stupid things...like sleeping with my friend's girlfriend, writing off my dad's car and nearly ruining my career by making some serious errors in judgement when i was out working in Dubai. But then i met Amber and she's mellowed me out and i am a much better person and embarrassed about my past. I still say and do stuff that i shouldn't but most of the time i am well behind the "Kennedy Line" now. Yeah, i got so stupid i even had a line named after me. I suppose that might be a reason why i am starting a blog...cos i kinda see this as a new start and i am determined to make it stick. Time to be a grown up.
So yeah please stick around if you want to. This blog isn't going to be as funny or as well written as some of the blogs i like to read (you can see them on the right) but it will be me. Think of it like Anna Kournikovas blog without the pictures.
Peace.
Posted by Kenicki at 12:05

Kenicki
My name is Nick Kennedy and I'm an architect from New York. I have started this blog having been inspired by blogging friends. It's not really going to be about anything inparticular so I'll just see how it goes.